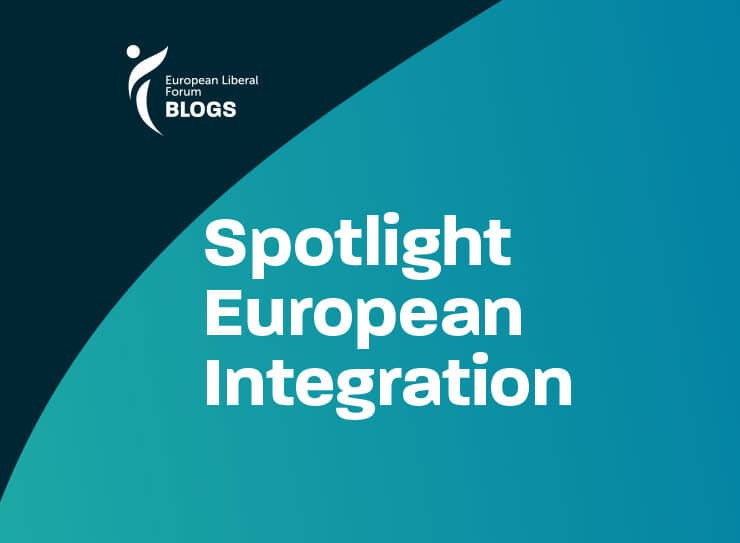 The Agreement on Economic Normalisation, better known as the Washington Agreement, which was signed by the highest officials of Serbia and Kosovo in the White House on 4th September 2020, is the result of Trump’s so-called “Different Brand of Diplomacy”, as its chief architect Richard Grenell, Special Presidential Envoy, labelled it. The agreement has provoked various reactions,  with some characterising it as non-binding, vague, confusing, not bringing anything new, only as an instrument in Donald Trump’s re-election campaign, and others claiming it makes  a pivotal contribution to the normalisation of relations between Belgrade and Pristina, as well as stabilisation in the region. Bearing in mind that the dialogue between Belgrade and Pristina has been taking place under the auspices of the European Union for several years and that both governments have declared EU membership a strategic priority and national interest, it is legitimate to ask is what impact the Washington Agreement will have on Serbia and Kosovo’s European prospects.

The Agreement will determine Serbia and Kosovo’s European Integration

At this moment, it is difficult to give an unambiguous answer to this question. The impact on Serbia and Kosovo’s European integration will depend, above all, on the degree and manner of implementation of this agreement, i.e. the compatibility of US and EU policies towards the Western Balkans. However, what can already be said at this point is that the agreement potentially has two opposing effects. The first effect is positive, and is related to its economic provisions, especially if they are to be implemented within EU policies and adopted programmes for the Western Balkans. This is primarily related to the Regional Economic Area that is part of the Berlin Process (so-called Mini-Schengen), and the Economic and Investment Plan for the region. The plan, adopted by the European Commission on 6th October 2020, envisions financing Serbia’s connection to a gas pipeline running through North Macedonia, which is compatible with a provision in the Washington Agreement on diversification of energy sources. This provision, together with one stipulating the ban on the use of unreliable 5G technologies, which is implicitly aimed at reducing the influence of Russia and China – primarily in Serbia – should contribute to a stronger geopolitical connection of the region with the European Union.

There is also a negative aspect

However, despite these positive consequences, there is also a negative aspect of the Agreement which contradicts EU foreign policy – the provision that Serbia and Kosovo are to move/open their embassies in Israel to Jerusalem. This problem could be particularly severe for Serbia, having in mind the fact that its foreign policy has been decreasingly aligned with the EU’s in the last few years. The major stumbling block has been Serbia’s relation to Russia, particularly after the war in Ukraine and the annexation of Crimea. This relation prompted some EU countries, particularly the Baltic states, to request a stricter evaluation of Serbia’s progress on EU accession Chapter 31 (Foreign, Security and Defence Policy) by measuring its relations with Russia, while the European Commission, as well as some major EU countries, refused to accept this approach. However, if Serbia opens an embassy in Jerusalem, it will further distance itself from a common European foreign policy and further weaken the first of the three pillars of Chapter 31 (Alignment with EU foreign policy), while simultaneously strengthening the position of those EU members who advocate for a stricter approach to Serbia.

The situation could be further aggravated if the Serbian government supports a recent initiative of the outgoing defence minister to withdraw from EU-led peacekeeping missions, a move motivated by the last-minute cancellation of joint military exercises with Belarus. Such a decision would provoke a collapse of the second pillar of Chapter 31, which would make Serbia’s foreign policy mostly incompatible with the EU’s. This would probably create an insurmountable obstacle in the accession negotiations since Serbia’s significant contribution to EU peacekeeping missions has mainly been compensating for its insufficient alignment with EU foreign policy.

The role of the US

In the last three decades, no significant regional agreement, from the Dayton Agreement to the Prespa Agreement, was signed and implemented without strong U.S. support. Therefore, many analysts believe that the process of normalisation of relations between Belgrade and Pristina cannot be completed without the decisive engagement of the world’s superpower. This thesis is unequivocally supported by the fact that the Brussels dialogue gained momentum when the United States appointed its special envoy for the process, which led the EU to follow suit. The latest example supporting such a claim is the recent decision of the Kosovo government on the implementation of the Washington Agreement, which, among other things, envisages Kosovo’s participation in activities of the so-called “Mini-Schengen”, which it previously refused to do.

A more credible assessment of the impact of the Washington Agreement on the European prospect of Serbia and Kosovo, as well as more significant commitment to the renewed dialogue between Belgrade and Pristina, can be expected only after the US presidential elections, which will largely determine the future relations between Brussels and Washington. The lack of a coordinated approach of these two major foreign policy actors in the Western Balkans could negatively affect the stability of the region, and potentially contribute to further democratic recess, which would delay the prospect of their European integration for an indefinite period of time.